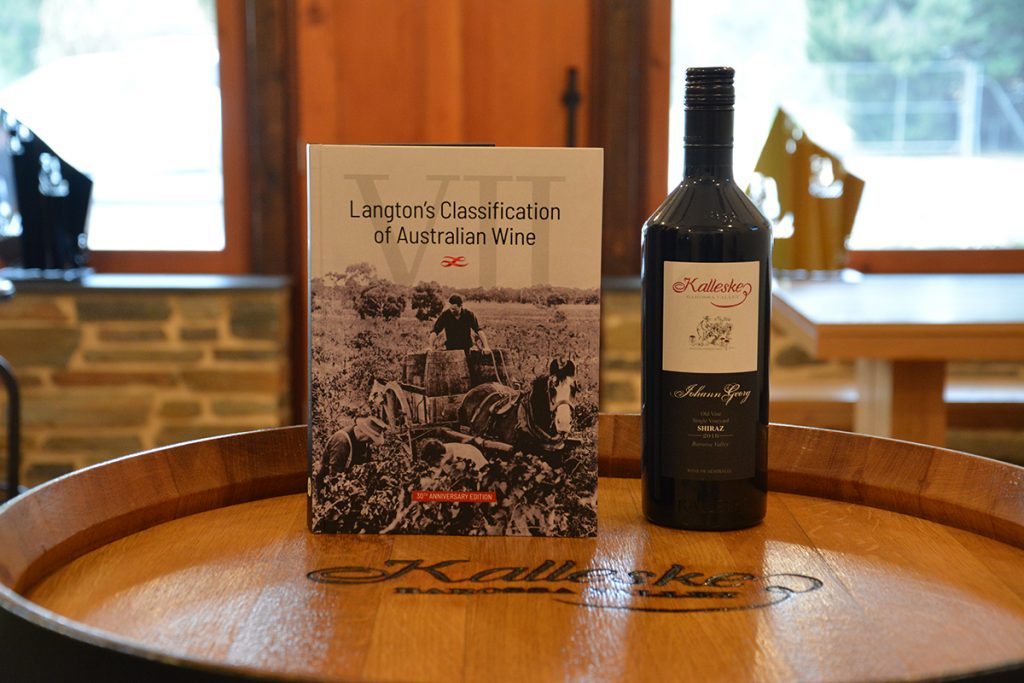 We are thrilled to announce that the Kalleske Johann Georg Shiraz has received Excellent classification in the 30th Anniversary Edition of the Langtons Classification of Australian Wine.
The Langton’s Classification is the premier guide to Australian fine wines. Released every four years, and only the best and most sought-after make the cut. Langton’s says the classification, is compiled by analysing the track record of fine wine in the Australian wine auction market, including prices and volume of demand over a long period of time. It is a unique rating system based on consumer demand rather than any single opinion.
Johann Georg Shiraz is a single vineyard wine produced from the oldest vineyard on the Kalleske farm, planted in 1875, that produces very low yields from gnarly, dry grown vines. The wine is a tribute to Johann Georg Kalleske, the first Kalleske ancestor to migrate to Australia from Prussia in 1838. The old vine fruit is open-top fermented, basket pressed and matured in new and used French and American hogsheads for two years prior to bottling. A powerful, but elegant wine of great sophistication showing flavours of dark berries, cured meats and savoury spice. The full-bodied muscular palate is rich and dense with finely textured tannins and fleshy dark fruit.
To purchase or find out more about the Kalleske Johann Georg Shiraz visit https://www.kalleske.com/wine/
Category: Uncategorized
Language »